Notable Women Artists of the Past: Artemisia Gentileschi 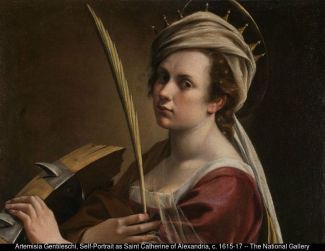 [This article was originally published in The Portrait Signature, 2000, Volume 4]

Prior to the Twentieth Century there were precious few women who achieved any appreciable degree of recognition as artists. Those who did so deserve to be acknowledged for having persevered in the face of social prejudices, taboos and prohibitions that male artists did not have to overcome in the development and marketing of their own talents, and which women artists of today likewise have not had to endure to such a degree, at least in the field of art. The church was a powerful and dominant force in Europe, and considered it inappropriate for women to study the nude male figure, or to depict it in drawings or paintings. This was but one of many handicaps imposed on women wishing to pursue art as a vocation in the 16th and 17th centuries.

In Renaissance and Baroque Italy only the daughters of artists and girls of noble birth were given training as artists. Noble women were expected to be well versed in all aspects of culture, including drawing and painting, and thus were taught by artists hired by their families to tutor them in these disciplines. There were, however, restrictions on what subjects were deemed appropriate for them and what were not, as it was more important that they be proper ladies than great artists, in the eyes of society. Consequently, the training most of them received was not as complete as it was for male students and apprentices. Of the women who were trained in art, most of them did not go on to pursue careers in that field, instead abandoning it, for all practical purposes, when they married and had children. Their artistic endeavors thereafter were done more as a hobby than a vocation, in most cases, with a few notable exceptions. 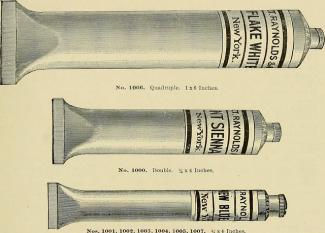 One of the most frequently discussed topics among oil painters is oil painting mediums. There exists a wide diversity of opinion and preferences on the subject, both in books and from artist to artist, with certain mediums enjoying almost cult-like advocacy. Much information has been published on the subject, some written by persuasive authors, many of whom disagree with one another on many points, resulting in a great deal of confusion over which ingredients are best for a given painting style. As in most things, the issue is not as simple as it might seem. It must go beyond focusing on the mediums alone, and begin with the reasons painters feel they need them in the first place.

Some commercially available oil paints, as they come from the tube, are of a stiff consistency that does not facilitate the utmost in control, and thus require the addition of something to improve their brushing qualities. Enter painting mediums. It is important to note that in the days of the Old Masters, the paints were ground in the artists' studios, by the artists and/or their apprentices, in all likelihood to the desired consistency for optimum control under the brush. In such an instance, there would be little or no need to add any medium at all. This hypothesis seems to be borne out by scientific testing conducted by the National Gallery,in London, on many of the paintings in their possession. The preponderance of the 16th and 17th century paintings tested showed no detectable resin content in the paint layers, to the surprise and disbelief of so many who had read 19th and 20th century accounts alleging that specific artists of the earlier times used mediums containing natural resins like mastic, copal or amber. What was found, in most cases, was pigment bound in linseed oil, and in some cases, walnut oil. The indication is that the addition of resin varnishes to oil paints as a common practice dates back to perhaps the mid-1700s, and no farther, with certain individual exceptions. Of course there are many unanswered questions, and the possibility remains,at least theoretically, that the testing methods used were simply unable to detect the resins that might actually have been there. Thus it is not necessarily a closed issue, at least in the minds of those mistrustful of science. But if the current prevailing opinion in the conservation science community is correct, as the best evidence strongly suggests,there may well be a correlation between the widespread use of resinous mediums and the introduction of pre-prepared oil paints on the scene. 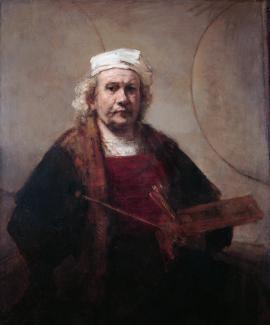 Rembrandt Harmenszoon Van Rijn, who many consider the greatest artist of all time, learned all that was then known about oil painting while still a very young man, surpassing his teachers very early in his career, and then proceeded to add his own discoveries to the technical knowledge of his time. To this day Rembrandt’s best works remain unsurpassed, and serve as inspiration to those of us who paint. This being the case, any book on advanced techniques must address Rembrandt separately and at such length as the author's knowledge allows.
What technical information Rembrandt was taught may be discerned by studying the works of his instructors, Jacob Isaacxszoon Van Swanenburch and Pieter Lastmann. Such study also immediately shows the genius of Rembrandt by the extent to which he so obviously surpassed them both, and by how early in his career he did so.  Nonetheless, his training under them was an important factor in his artistic development, and should not be minimized, as both teachers seem to have possessed a working knowledge of the painting methods in use at that time. Various examples of Rembrandt’s work show that he was not limited to any one technique, but employed them all, the choice depending on which approach best suited the subject in question, and for what purpose the painting was intended. His facility with all three of the aforementioned methods of painting soon led him to combine aspects of one with another, and to add innovations of his own.

Some of his paintings are on wood, executed in what appears to be essentially the Flemish Technique; some small studies on wood panels were done in a variation of the direct painting technique, and some on canvas in methods similar to the Venetian and direct techniques. The first layer of primer for the panels is one or another type of glue -chalk gesso, sanded to smooth out the irregularities of the panel’s surface. Subsequent layers might consist of finer-textured chalk bound with hide glue, or white lead oil paint. The final layer was usually covered with a transparent brown imprimatura, which creates the golden glow characteristic of his work. The majority of Rembrandt’s canvases are primed with a double ground, the first layer of which is a red-orange ochre bound in oil, perhaps to fill the texture of the canvas, then overlaid with a gray made from lootwit (lead white with chalk, ground in linseed oil) and one or more other pigments . Clues as to his choice of primer may be seen in areas where he has used a sharpened brush handle to scratch through wet paint in order to indicate bits of hair. This is evident in a very early self portrait, now in the Rijksmuseum, and in many other portraits as well. The primers and/or imprimaturas thus revealed show that he followed no one single procedure, but varied the choices, based on the effect he was after.  The scratching with a sharpened brush handle into wet paint was one of his earlier innovations.